The manual of accidents and mistakes

And a happy World Nutella Day to you too.

I feel a little bit homesick for Berlin knowing that, even though Nutella was banned from our household by Stevie who seemed to think that once it crossed our threshhold it would rapidly become the only foodstuff we'd want to consume.

Anyway, here we are, and day to day life continues apace. The plumbers are here as I type. I'm hoping it looks as though I am working from home. To sit on the sofa watching 'The Real Wives of Orange County' strikes me as looking far too much like what I really do, which is full time web surfer and tv watcher and occasional crisp eater. And patently we can't have that! The plumbers are fixing the leaks in the bathroom which will hopefully put an end to people spitting their toothpaste residue into the bath which is slowly but surely driving me nuts. Well, it's not so much that but the fact that once I have scrubbed the bath of toothpaste spittings, the next time I visit someone else has been in using the bath to wash out their paintbrushes and rollers and I have to stop myself from throttling someone with my Cilit Bang chemically-burned hands (which actually are starting to heal now that I have discovered a pack of latex gloves in one of the boxes).

Everything is starting to improve. I might finally be out of the woods with the DVLA, and hopefully will be in possession of a nice new driving licence by next week. Of course last Thursday it would have been nice to have had one, when after parking in the little car park in front of Sainsbury's I watched a woman not look as she reversed out and swing her car round and right into the side of mine. She looked at the car, then looked at me, then continued reversing to where I thought she must be parking up, but as I got out of the car to walk round and survey the damage (which admittedly was minor) she looked at me again, shrugged, and drove off! Outraged? I'll say! I think the factors that made me more so were the facts that she was in her 60's and looked very middle class and decent, and I was horrified by the sheer lack of good manners.

I phoned the police despite the fact that I wouldn't be making a claim and also wasn't sure I had got the last letters of her number plate right, and spent some time the following day at the police station reporting it in person (which is a requirement) in an area where I was sure the car would come to more harm than it had in the accident. The police were very nice and have told me to keep an eye out for the car as I am bound to see her again at the supermarket and when I do to note the number plate and let them know and they'll hopefully go round and have a chat with her about how bad mannered it is to just drive off after hitting someone's car. So obviously now I am scouring the roads to see this woman in her car again and no doubt will not rest until I have tracked her down.

Not having a driving licence to show the police worried me a bit, but I did have my drivers number and it seems they did check that I was ok to drive with the DVLA, for the DVLA have sent me a lovely letter to brandish stating my validity to drive and aid me in my fight against crime caused by the elderly.

The plumbers have finished and left me with this... 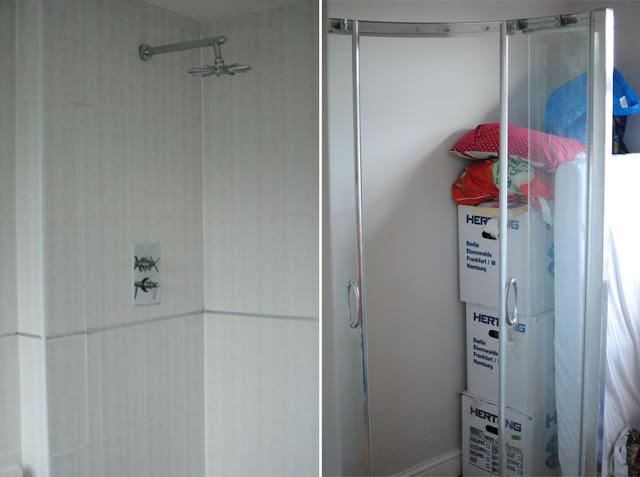 I think in modern circles they call it a wet room... well that's what I'll have as the shower enclosure is in the spare bedroom. Turns out the leak has been caused by the poor fitting of the enclosure in the first place, so Stevie and I have a joyous evening of stripping silicone and cleaning the whole thing up before stuffing a gap with silicone and refitting it again.

I've also just taken delivery of two bits of furniture that have been with the french polisher. I am amazed. The man is a genius. My coffee table and console table got scraped and damaged during the move from Germany amongst other things and while he managed to fix some things in situ, he took a couple away. I nearly wept with joy when I saw the coffee table again it's so beautiful. He's even managed to get rid of the well established paint stains that the kids have caused that I couldn't. So all in all, I'm happy. While it's rotten when things get trashed and broken, there's so much pleasure to gain from seeing things fixed and working again. 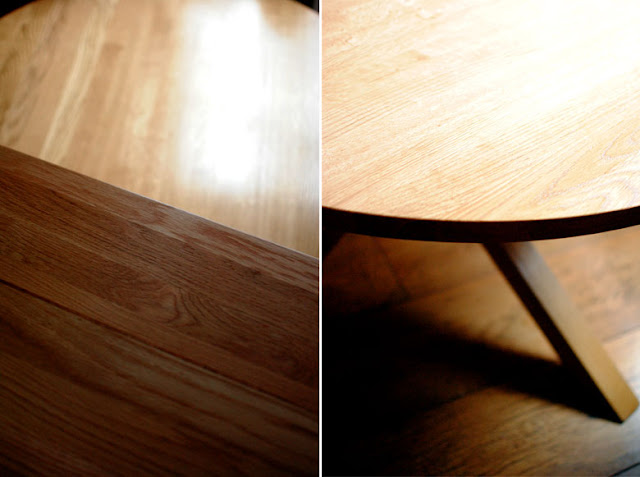 You're not going to leave without saying something, are you?

fiona
2 and a half years of a Berlin adventure; I am Fiona: Scottish expat, mother of two, girlfriend of a man seemingly raised by wolves. I chronicle our discoveries, disasters, and eh...other things starting with 'd' when I can think of any. Now that I'm not out and about butchering German grammar, I am trying to revive my career as an illustrator/surface designer back in England. And in my spare time I'm planning our escape...